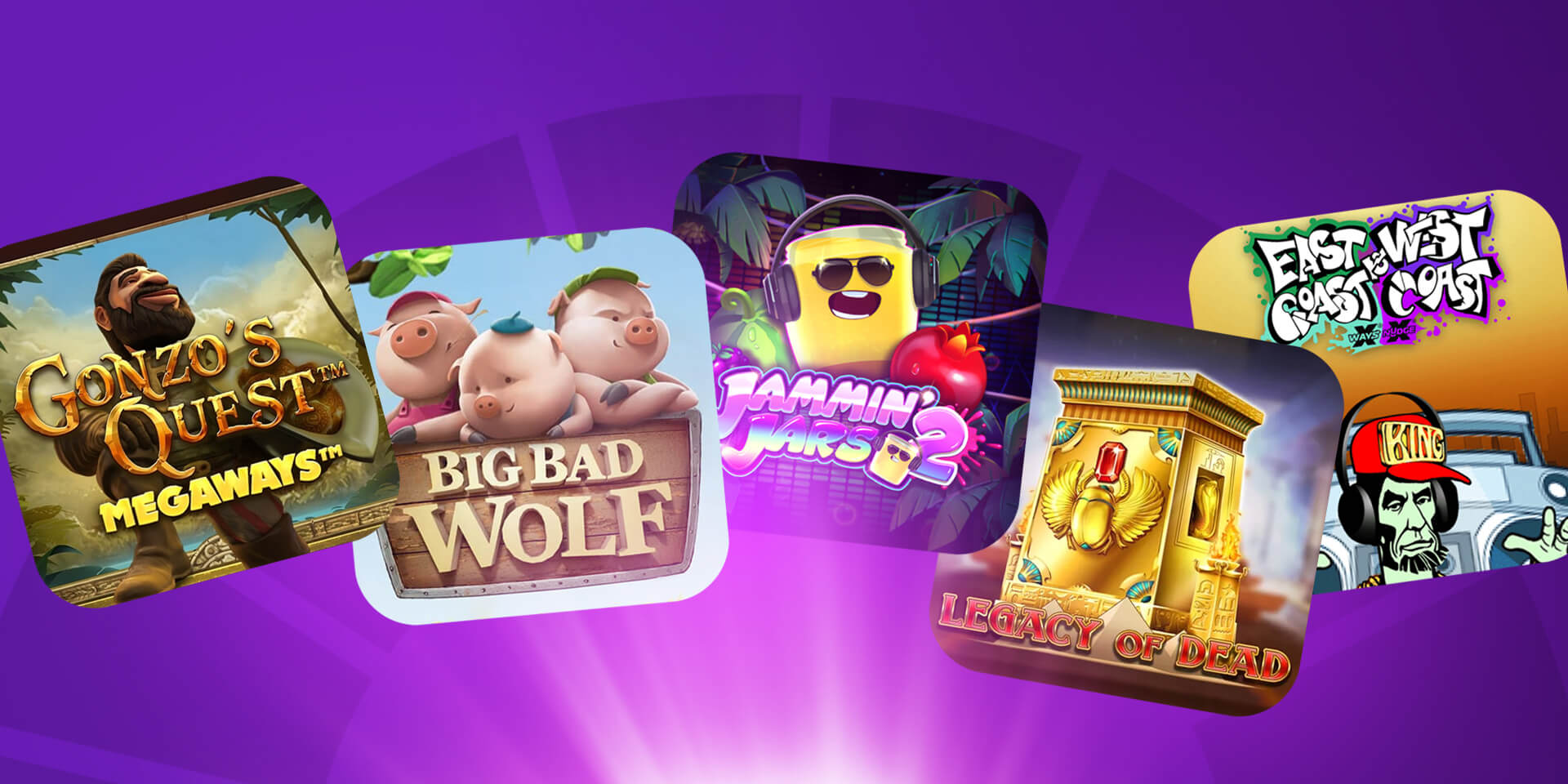 Modern day online slots are barely recognisable from Charles Fey's Liberty Bell that would go on to spawn a multi-billion dollar industry many decades ago.

Bell, a car mechanic by trade, captured the imagination of would-be gamblers everywhere with his "one-armed bandit", the first ever fruit machine to grace casino floors equipped with traditional slot paraphernalia: a physical lever, 3 reels, one solitary payline, plus plenty of fruity symbols. The ground-breaking mechanical slot set the standard for all classic fruit machines that followed over the proceeding years.

Then along came the internet and everything changed.

The 'one size fits all' approach of yore simply doesn't cut it in today's ultra-competitive marketplace - forcing developers to think outside the box and meet the needs of incredibly diverse player types. There is the hardcore crowd that love the chase of big wins and thirst for highly volatile games, while others are satisfied fitting in some casual, low-key spinning that comes with a guarantee of more regular, albeit smaller wins.

We'll take a look at some of the most popular types of slots available to play at Wheelz in this article. 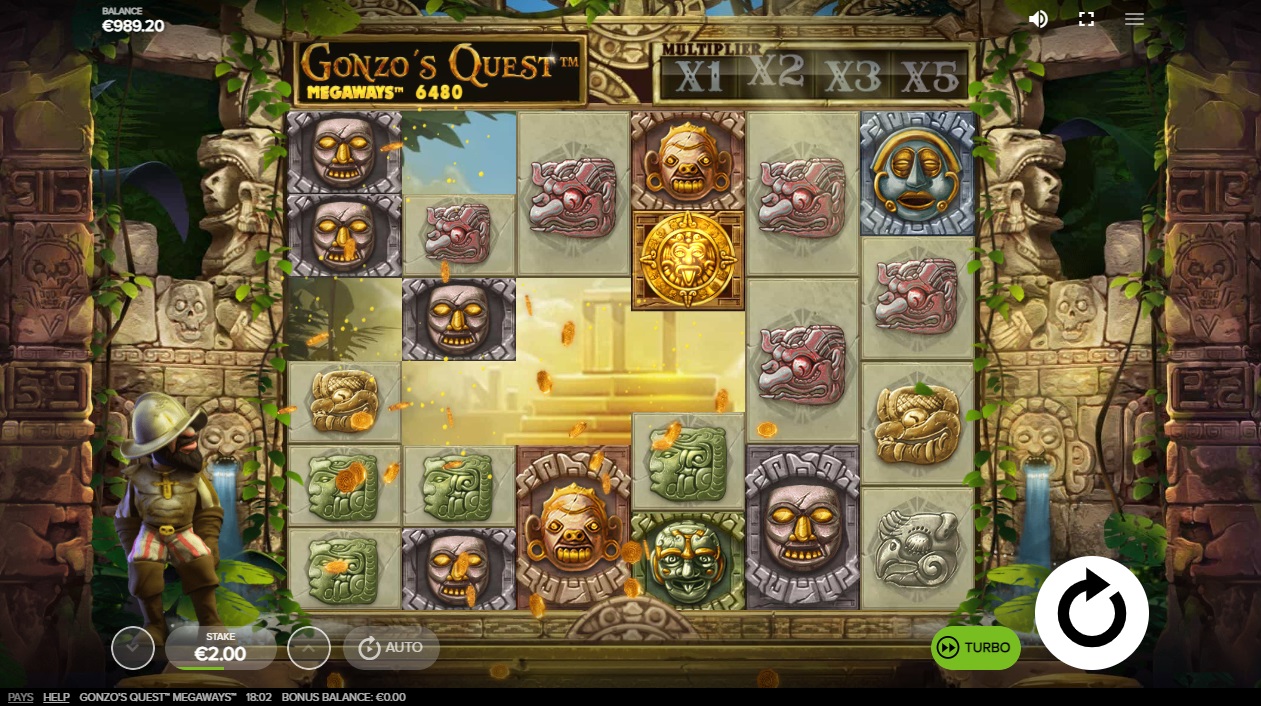 There's arguably no invention that's had a greater impact on online slots in the last decade than the MegaWays game engine. Originally developed by Australian provider Big Time Gaming, MegaWays slots have taken the world by storm and found their way into the back catalogues of countless studios. Indeed, not a week goes by without one MegaWays offering rolling off the production line.

So, what are MegaWays and why have they become so popular?

MegaWays puts an exciting new twist on regular slot gameplay by opening up players' win opportunities thanks to its innovative shape-shifting mechanism. As opposed to regular slots that feature fixed paylines and 'ways to win', MegaWays randomises the number of symbols that may land on any given spin, with anywhere from 2 to 7 symbols typically showing up on each reel.

In full force, MegaWays is capable of producing 117,649 ways to win - and with it massively inflated potential. Players can never know the exact number of win ways from one spin to the next, and this mystery serves to add an extra layer of excitement, helping to explain these games' unrivalled appeal.

One crowd favourite using MegaWays is Gonzo's Quest Megaways - Red Tiger Gaming's epic upgrade of an iconic video slot, and while we're here we simply couldn't pass up a mention of the Godfather of MegaWays games - Bonanza. 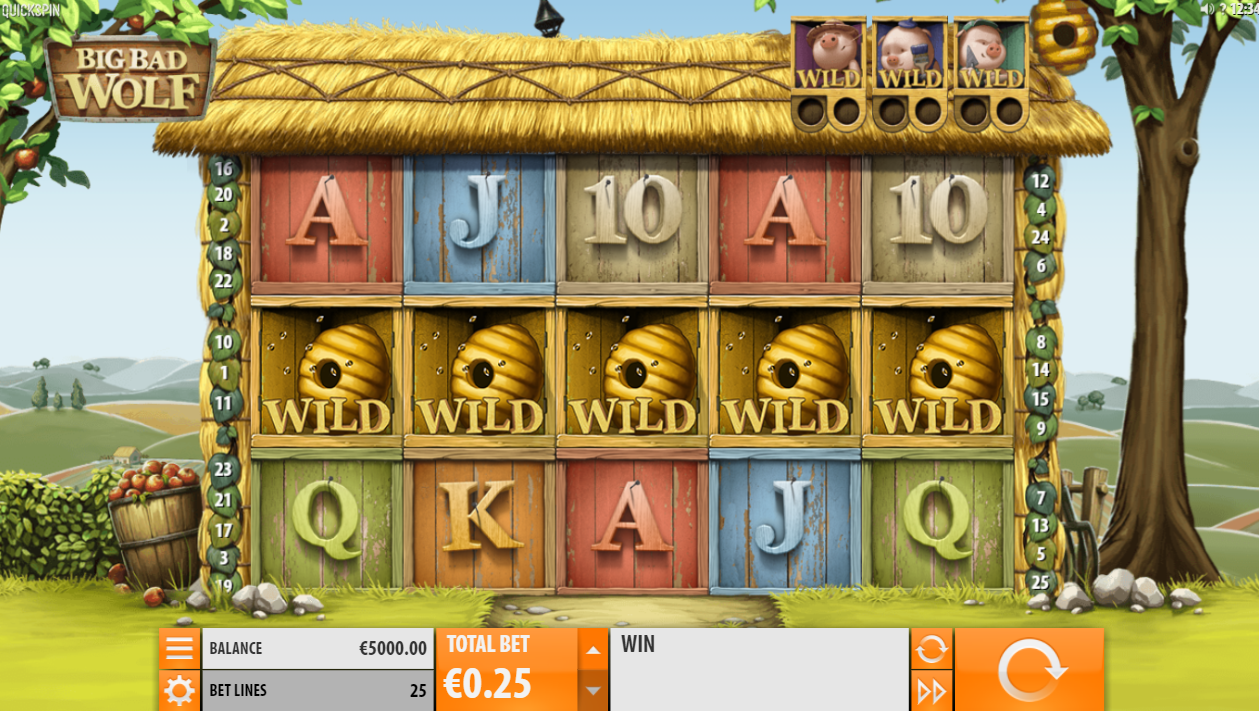 Often operating hand in hand with MegaWays, Cascading Reels is another modern invention that adds variety to the gameplay and helps players boost their winnings.

When spinning a game with Cascading Reels, you'll notice symbols that make up a winning payline disappear from view. Their vacant positions are then assumed by new symbols that drop in from above, and this whole process continues so as long as consecutive wins can be made each time more symbols drop in. What this does is lead to some potentially lucrative chain reactions, where one win can quickly spiral into several successive winning combinations.

Big Bad Wolf, the cartoon-like game from Quickspin styled on the fairly tale of 3 Little Pigs, uses "Tumbling Reels" - the developer's own term for the popular mechanic. Tumbling Reels kick in following each successful symbol assortment, whereby symbols drop to the bottom of the grid to make space for new sets to land, with the process carrying on ad infinitum until no new wins occur. 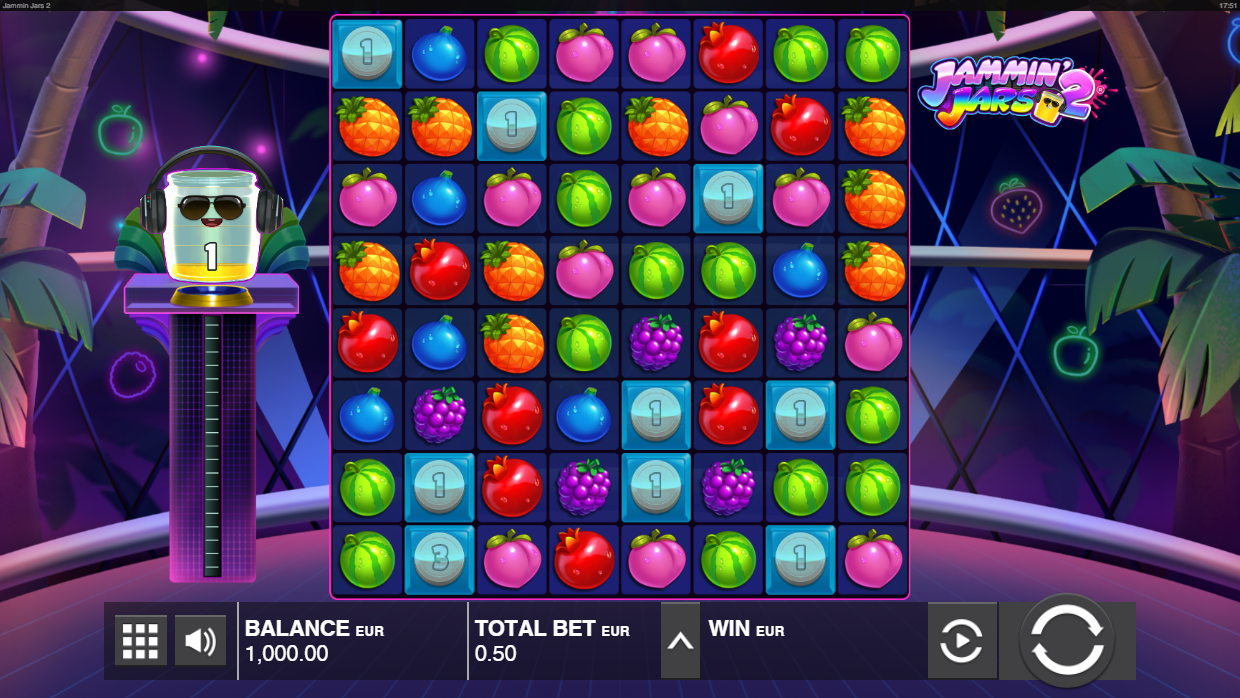 Most early online slots required players to land at least three identical symbols adjacently across the reels, before advances in technology allowed developers to experiment with new and untried game mechanics. One such format that's found favour with players in recent times is Cluster Pays, typically playing out over enlarged reel setups.

Games using Cluster Pays award payouts when clusters - normally involving 5 or more matching symbols - arrive during a spin anywhere across the reels. These offerings mark a departure from conventional gameplay and are perfectly suited to those seeking something a little different, as well as anyone tired of the bog-standard 5x3 reel left>right setup that can feel dated in this day and age.

A mainstay of iGaming, Play'n GO are masters of their craft when it comes to Cluster Pays. The developer boast a wealth of top quality Cluster Pays games in their repertoire, among them, the wacky outer space adventure Reactoonz, plus the fun recent mining-themed release, Miner Donkey Trouble.

Not to be outdone, rival studio Push Gaming have released several smash hits of their own using Cluster Pays - none more popular than the electric disco slot series, Jammin' Jars. 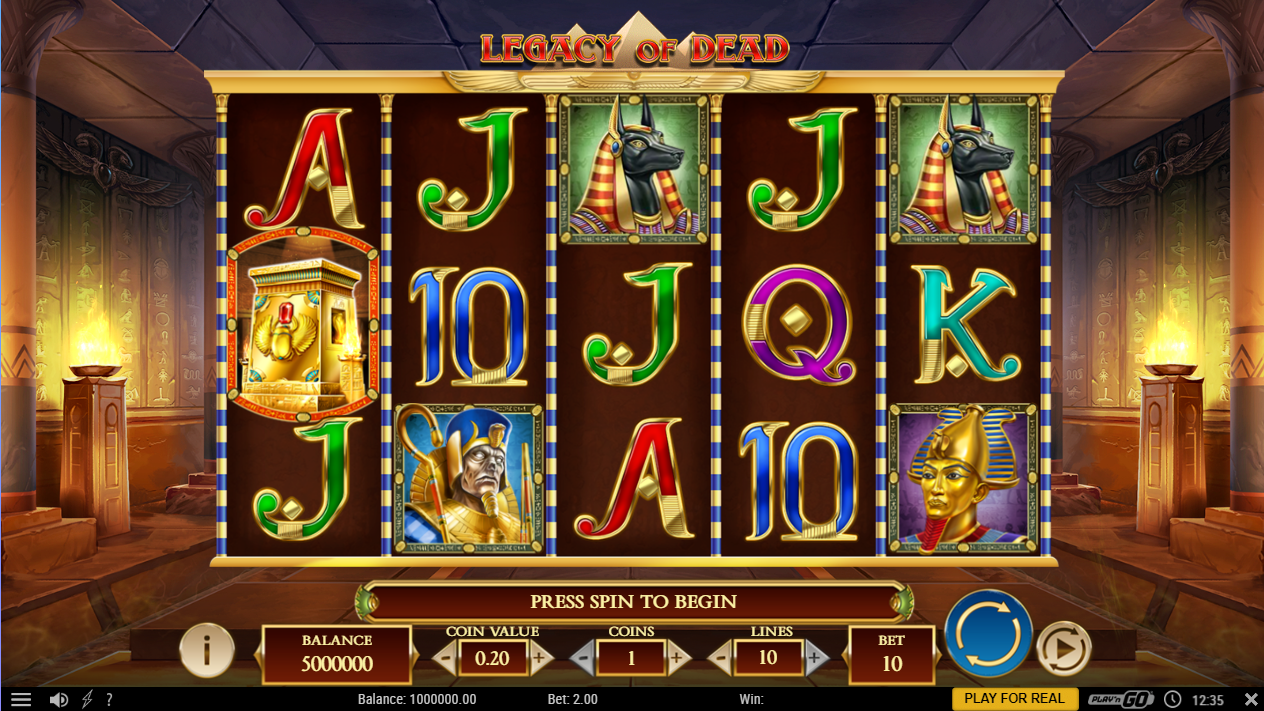 Bookworm or not, you're unlikely to resist the allure of the myriad 'Book' style games that dominate the market.

Made popular by Novomatic's iconic Book of Ra, Book games are normally played over 5 reels and 3 rows, with just 10 paylines in play, and more often than not are inspired by the Ancient Egyptians. Needless to say these games are all about their famous bonus rounds which continue to draw slot fans in their droves.

The feature is triggered by landing three scatters, and before the action gets underway a symbol is chosen at random to become the special expanding symbol during the ensuing Free Spins. Whenever this symbol lands in the feature it duly expands to cover the entire reel, with full-screen wins not an uncommon occurrence.

Achieve this in Book of Dead with the top paying explorer symbol and you stand to pocket 5,000x your bet. Such was the success of Play'n GO's iconic release that is led to several spin-offs, such as Legacy of Dead and Rise of Dead.

Recently developers have offered their fresh takes on the Book category, leaning on themes ranging from occult, to the Wild West, Babylon and even crazy chickens! Regardless of the subject matter, all Book games tip a hit to Novomatic's seminal release that first hit the shelves some 16 years ago - a relative eternity in casino land.

xWays, Pay Both Ways and More.. 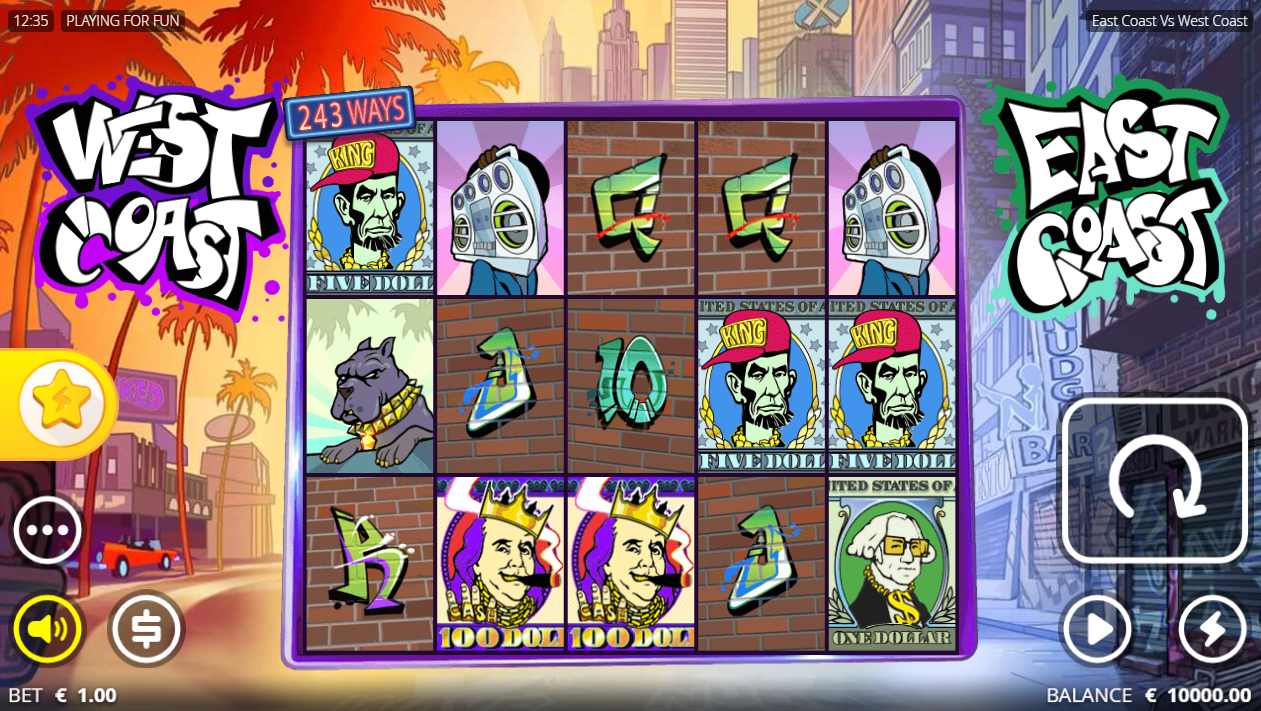 The slot mechanics available to developers today don't end here. Online casino technology continues to evolve at incredible speed, providing developers with seemingly endless possibilities to fine-tune their products in an attempt to woo new fans and differentiate themselves in the increasingly cluttered marketplace.

Browse the Wheelz Casino game library and you'll discover a host of games adopting formats like Pay Anywhere and Pay Both Ways - which apply their own variations on more conventional gaming.

One studio constantly looking to push the envelope is Malta-based Nolimit City. This is an outfit who have released some of the most exciting games of the last two years, leveraging their in-house developed game mechanics.

As seen in titles such as Infectious 5 xWays, East Coast vs West Coast and San Quentin xWays, Nolimit City's xWays symbol opens to reveal 2 or more identical symbols whenever it lands, enhancing your win potential.

Taking the xNudge concept one step further, the studio recently debuted their exciting new 'xSplit' dynamic in xWays Hoarder xSplit. This feature works by splitting up all symbols positioned left of an xSplit symbol - expanding win ways and adding even more spice to the play.

You'll find all these games plus hundreds more in the Wheelz Casino game library. Give them a look today.